Yopo Flip – an outstanding new product in the Egyptian market!

Yopolis is a line of Greek yoghurts from Egypt. 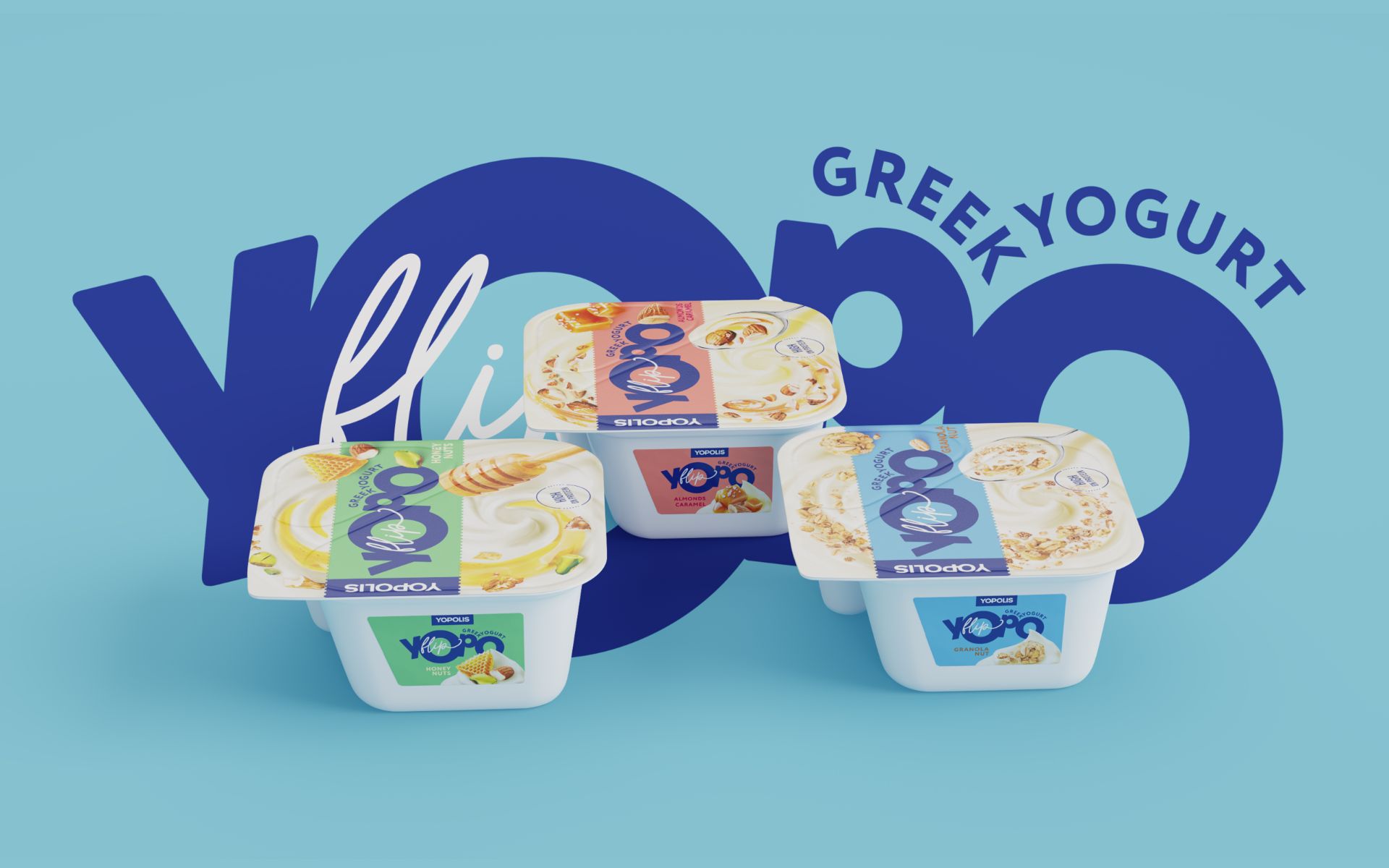 An aspiring entrepreneur from Egypt contacted our agency with a startup producing yoghurt. After analyzing a shelf in Egypt, he concluded that the category of Egyptian yoghurts looks pretty boring. Multinational companies are not so widely represented, and local products do not look modern and trendy. The Egyptian company considered several agencies to solve its problem, including international ones, but we won this tender, offering the company a concept at the stage of negotiations.

The client provided a large study of the shelf, which made the work faster and easier. At one time, we made a breakthrough for Ehrmann with the Epica brand. In 2018, Nielsen recognized this launch as the most innovative launch of the year, and we won the Trendplayer category. The Modern dairy category appeared in Russia thanks to Epica and despite the fact that many manufacturers are now trying to surpass that success, Epica remains the leader of the shelf. 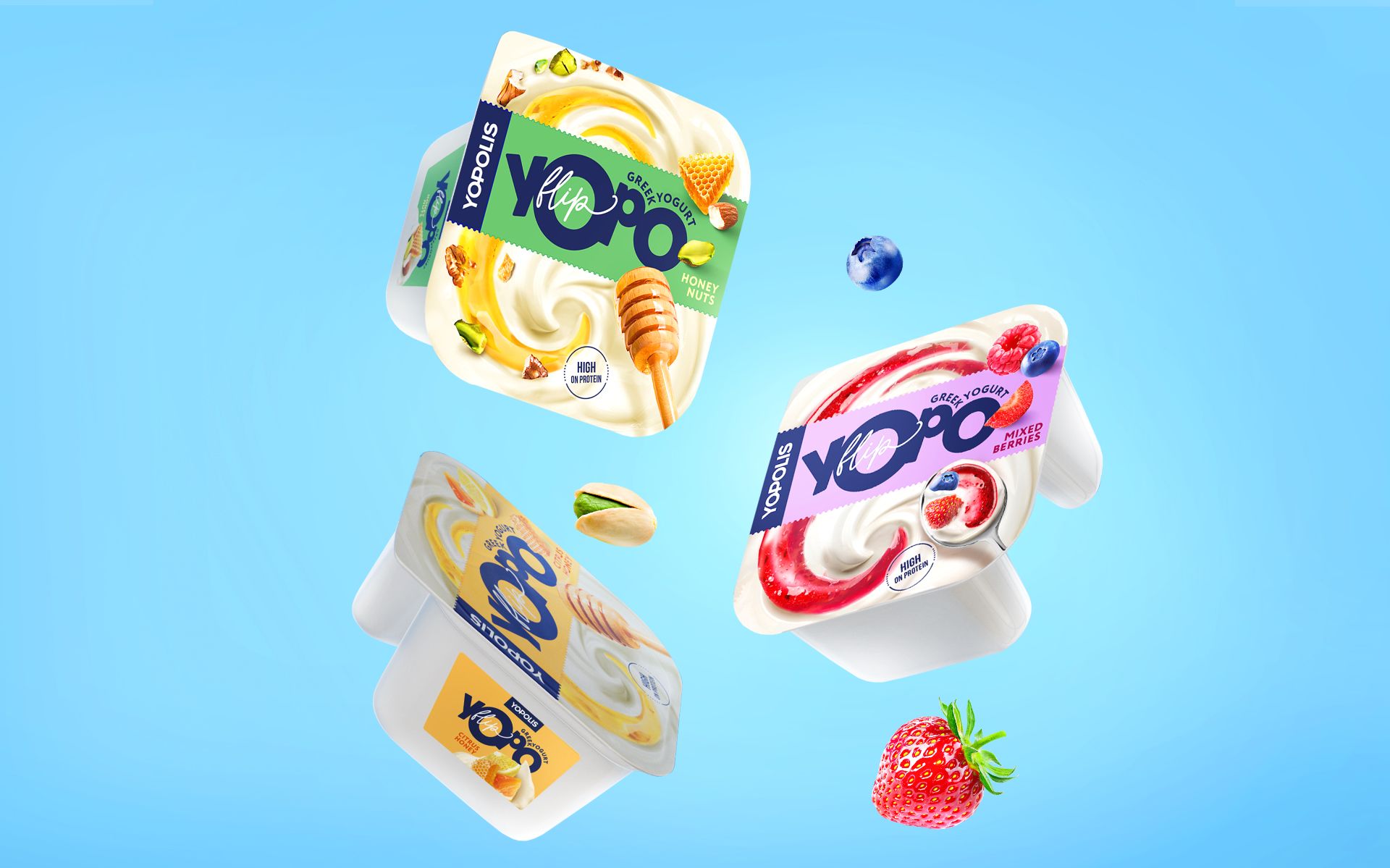 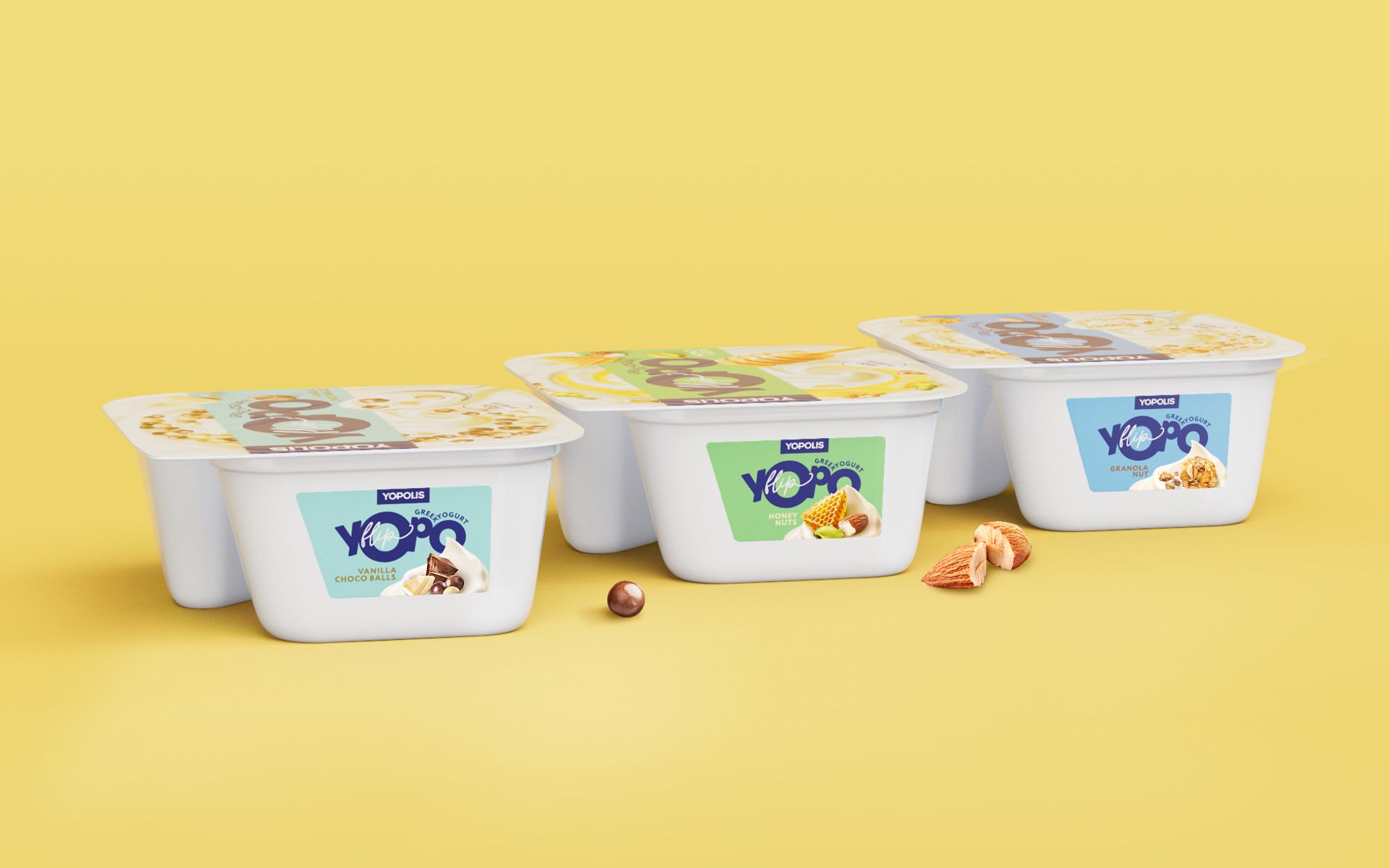 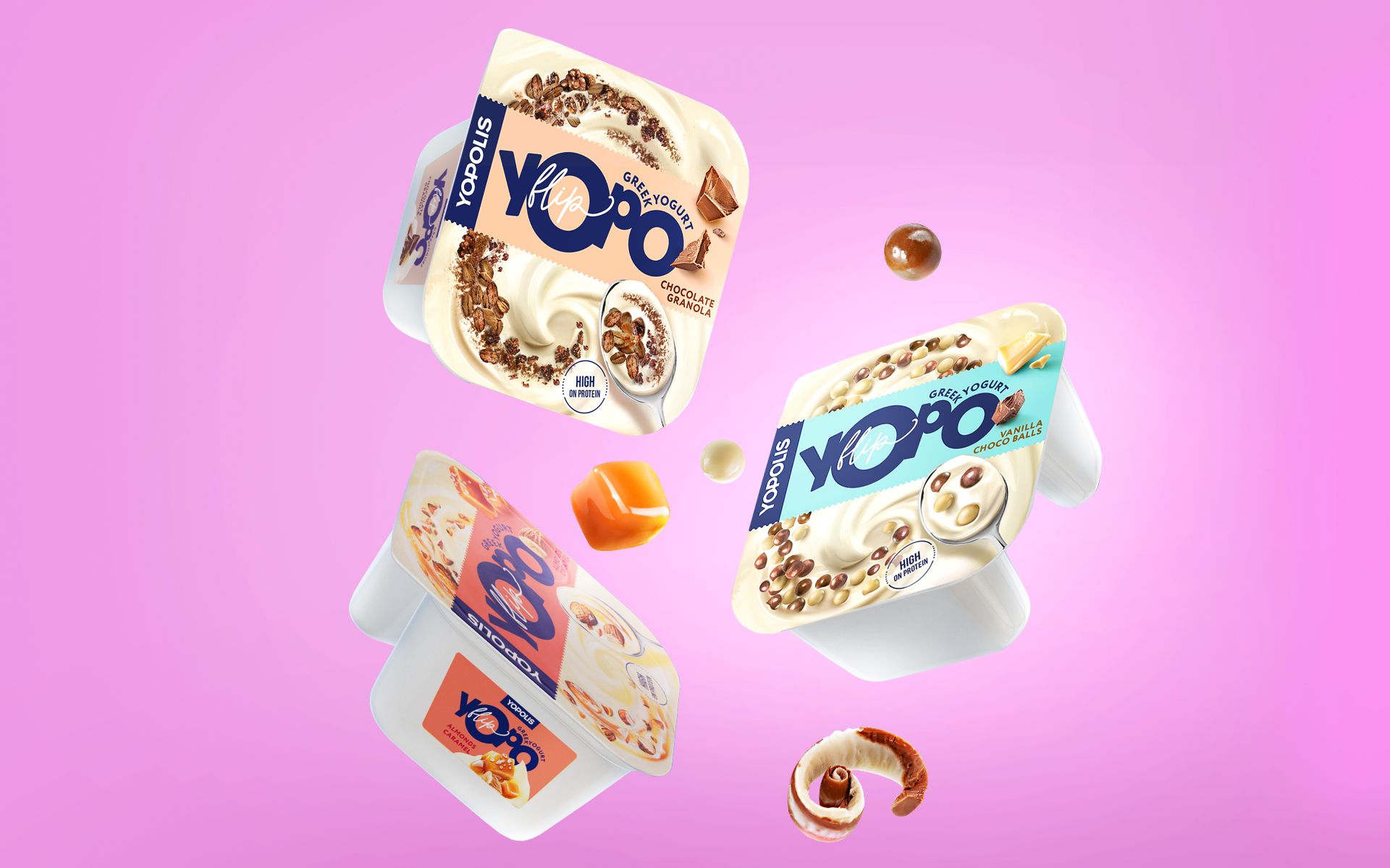 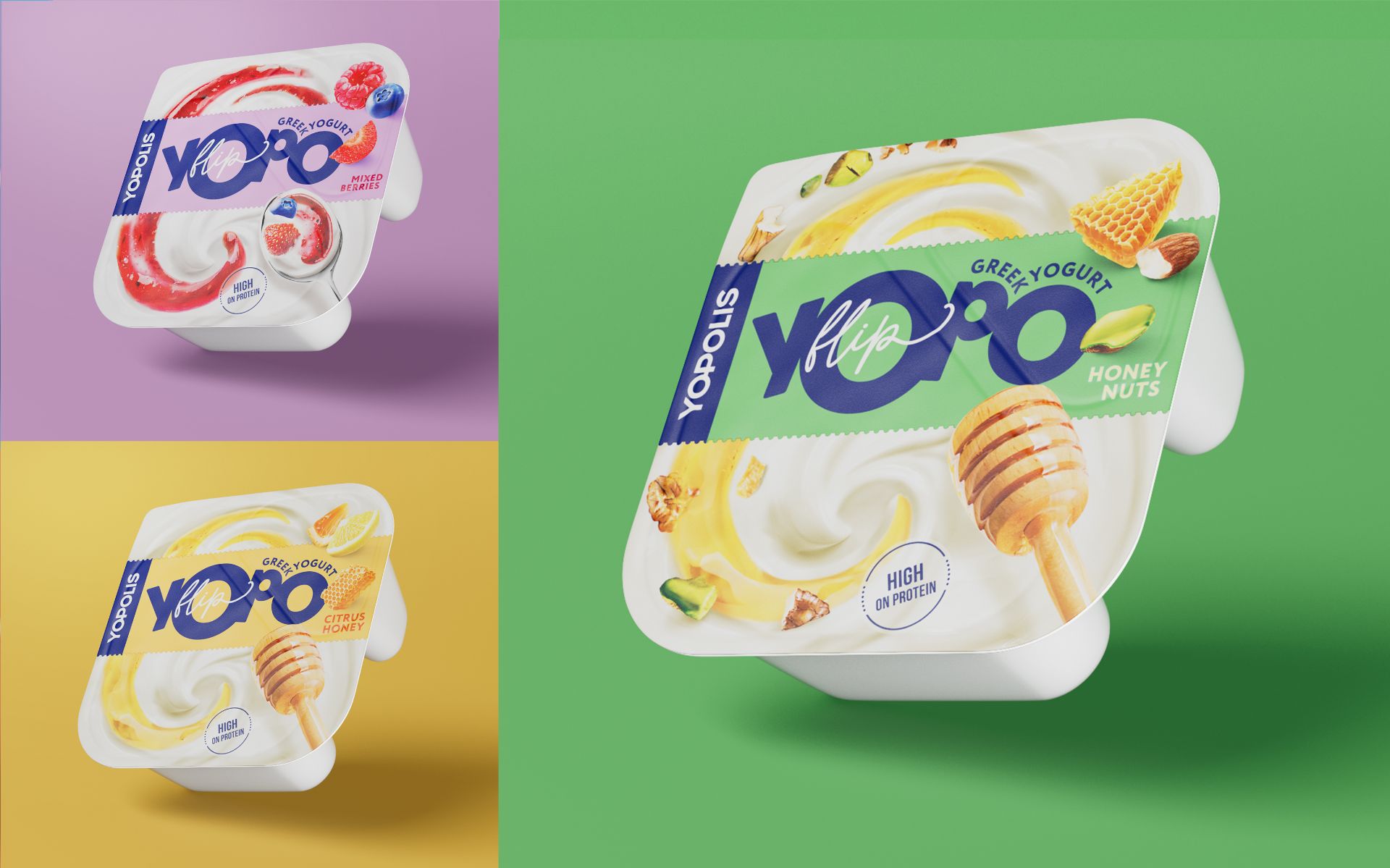 We came up with a concept called Yopo Flip, a derivative of the main brand Yopolis, a line of Greek yoghurts. Yopo Flip are two-piece yoghurts, one containing yoghurt and the other containing toppings. There are similar products on the Russian market, including Epica Crispy, Ehrmann Grand Duet.

The design of the novelty consists of an impressive food zone. The logo is located on a colored strip that changes according to taste. To write the logo, we used a handwritten font, spreading Yopo and Flip in two words, but placing them rather compactly.

Differentiation within the line occurs due to changes in the contents of the spoon located in the lower right corner and the composition of the yogurt itself, twisted diagonally. Vivid color differentiation creates an extraordinary play of color on the shelf, especially if the entire assortment is on the shelf. We hope that Yopo Flip will become the leaders of the Egyptian regiment and the countries of the Arab world in the Mediterranean. 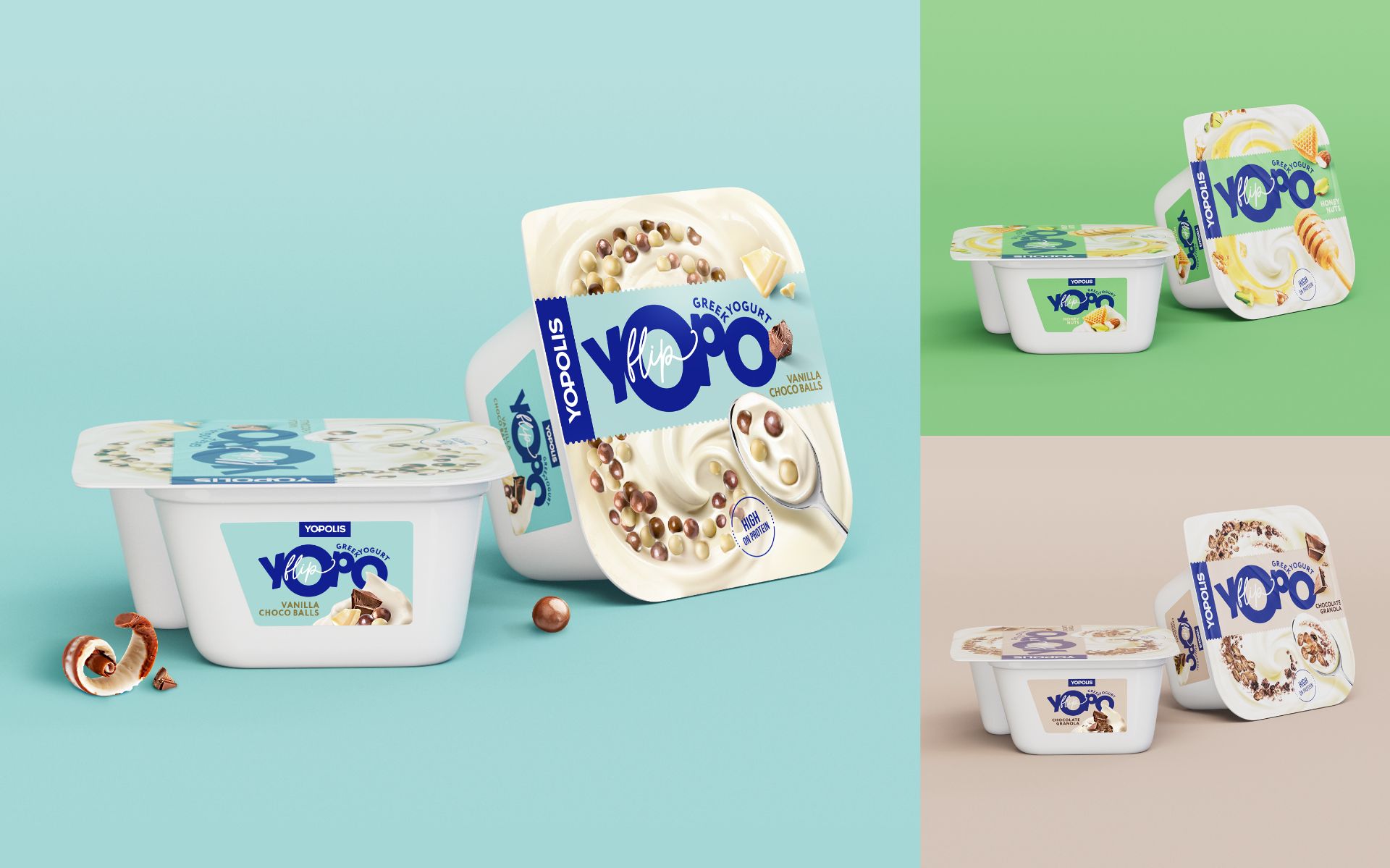 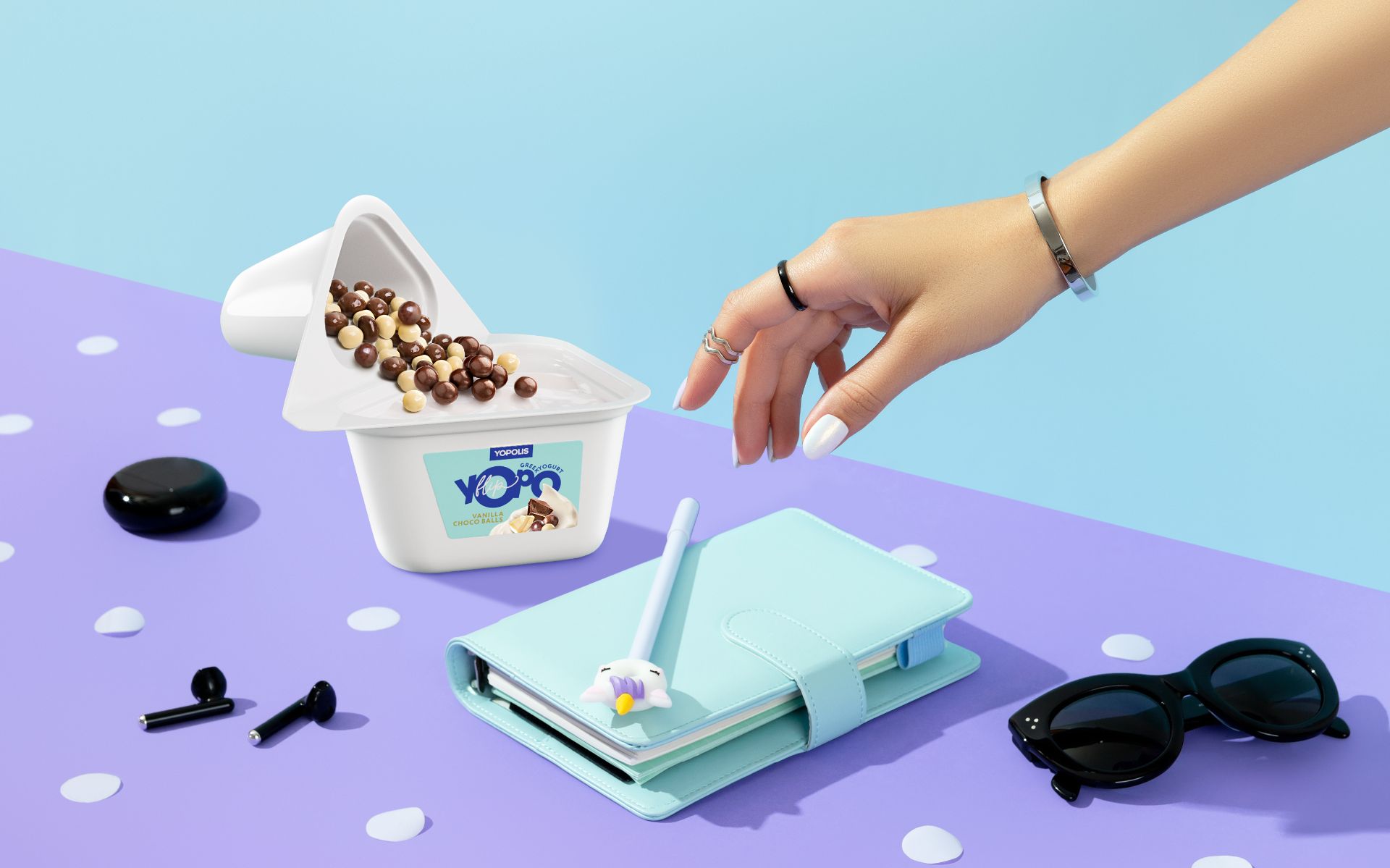 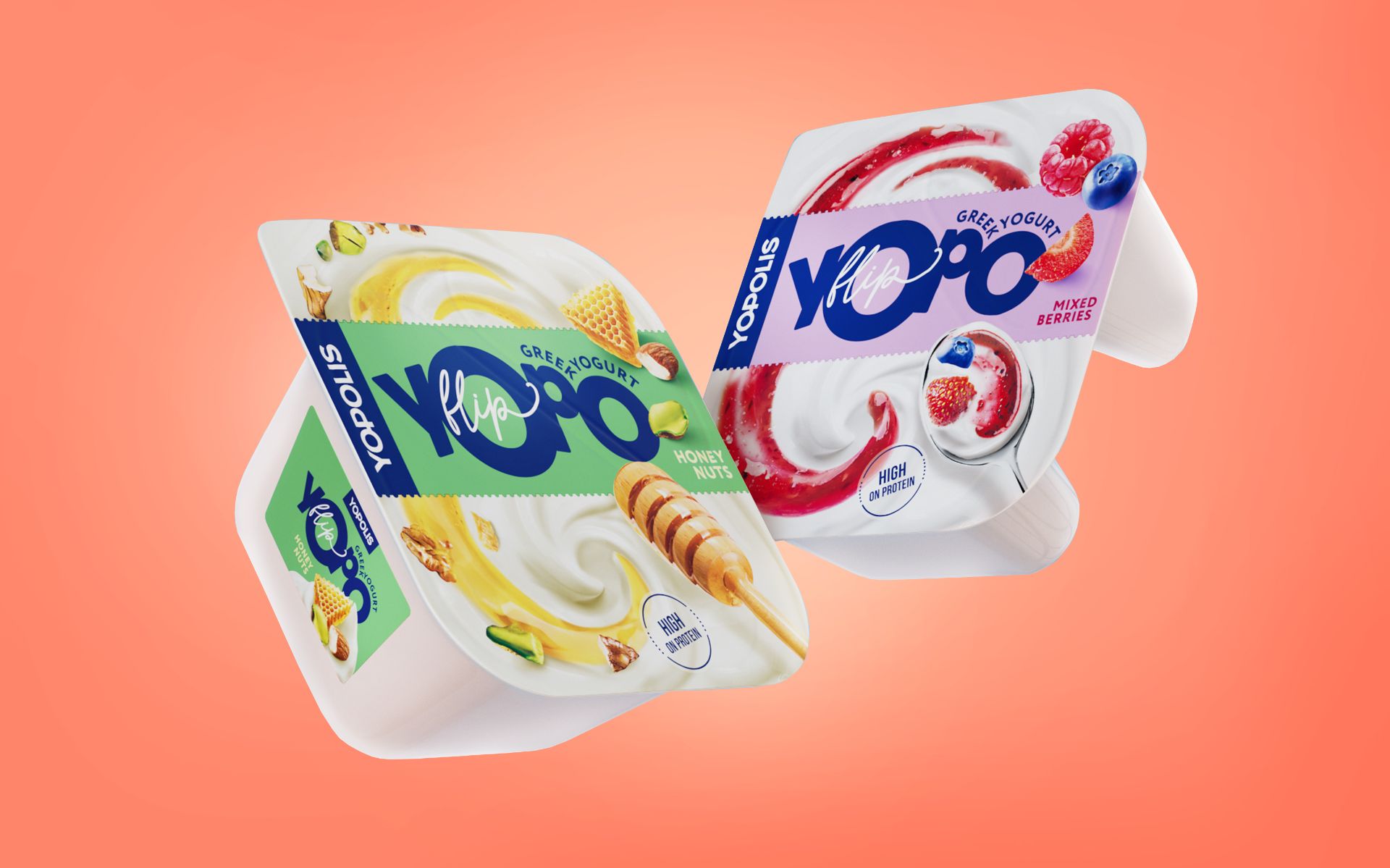 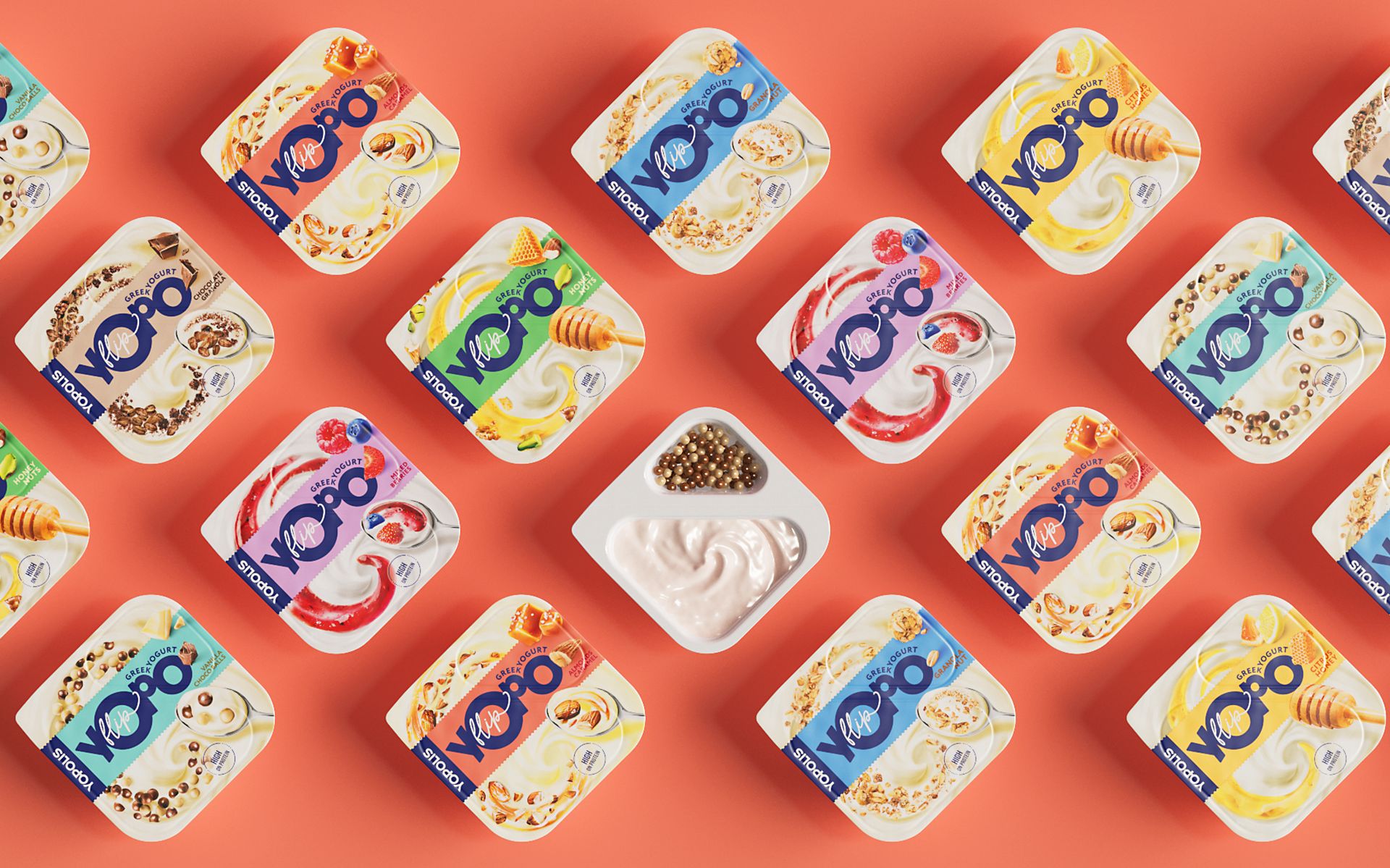 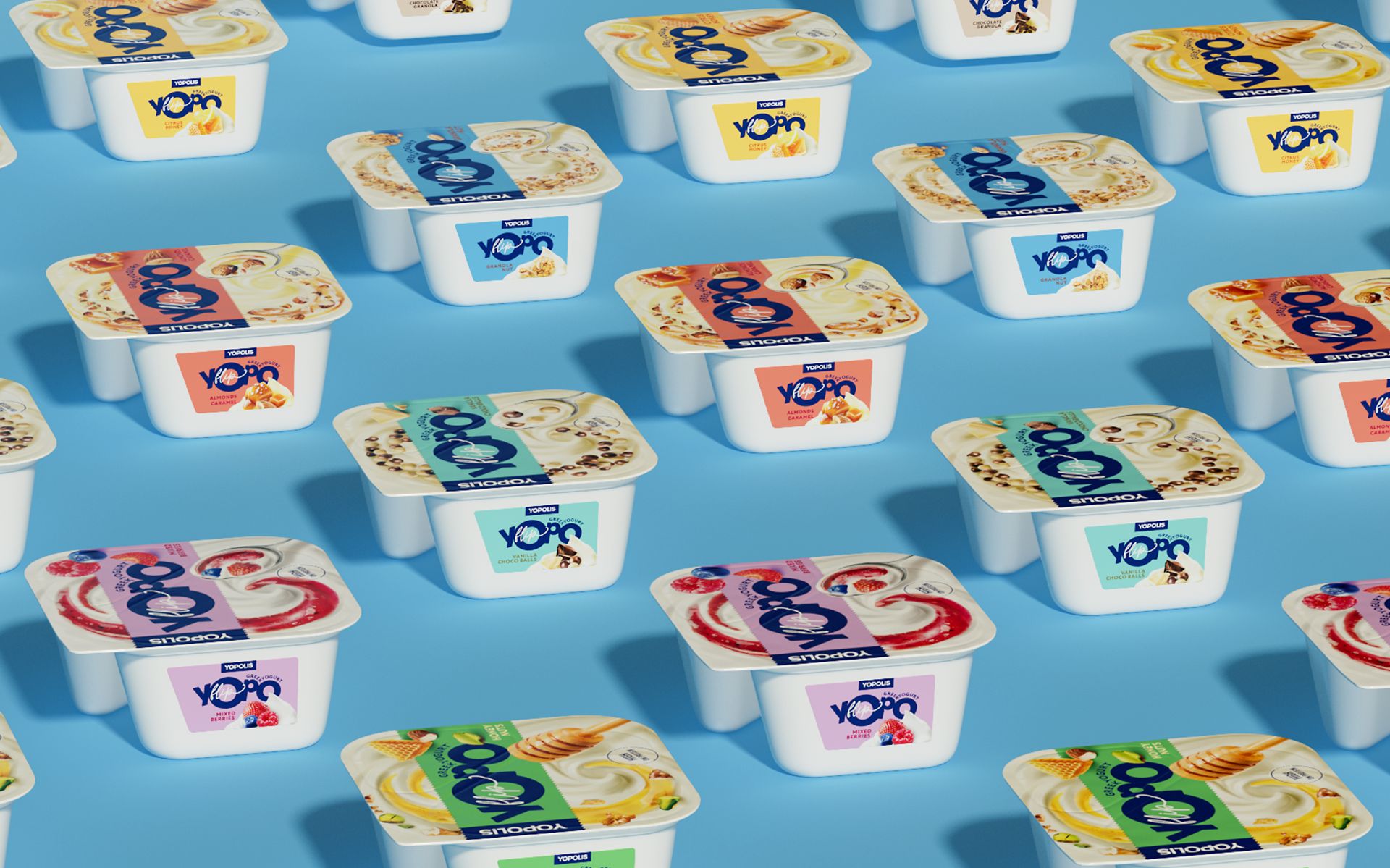 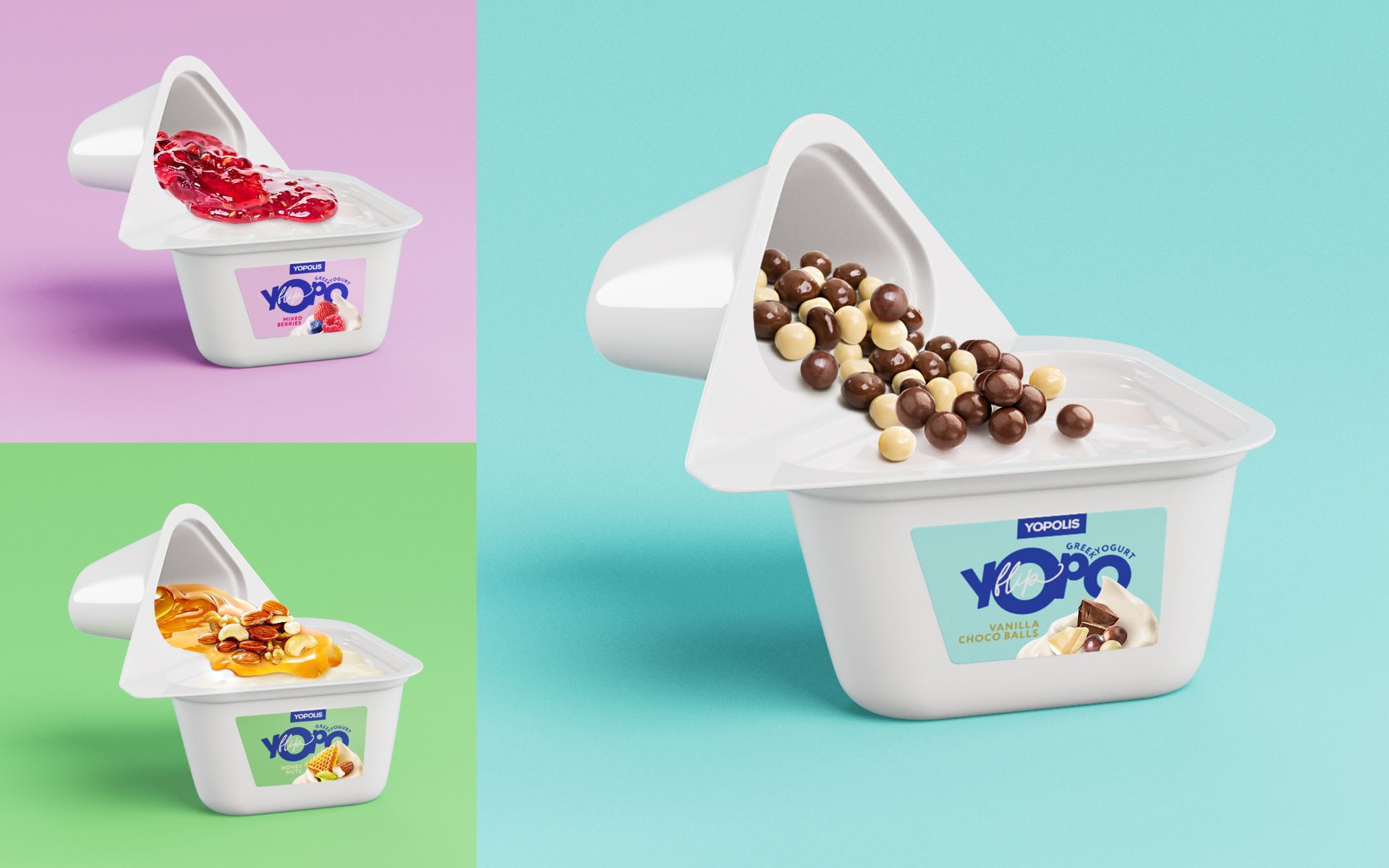 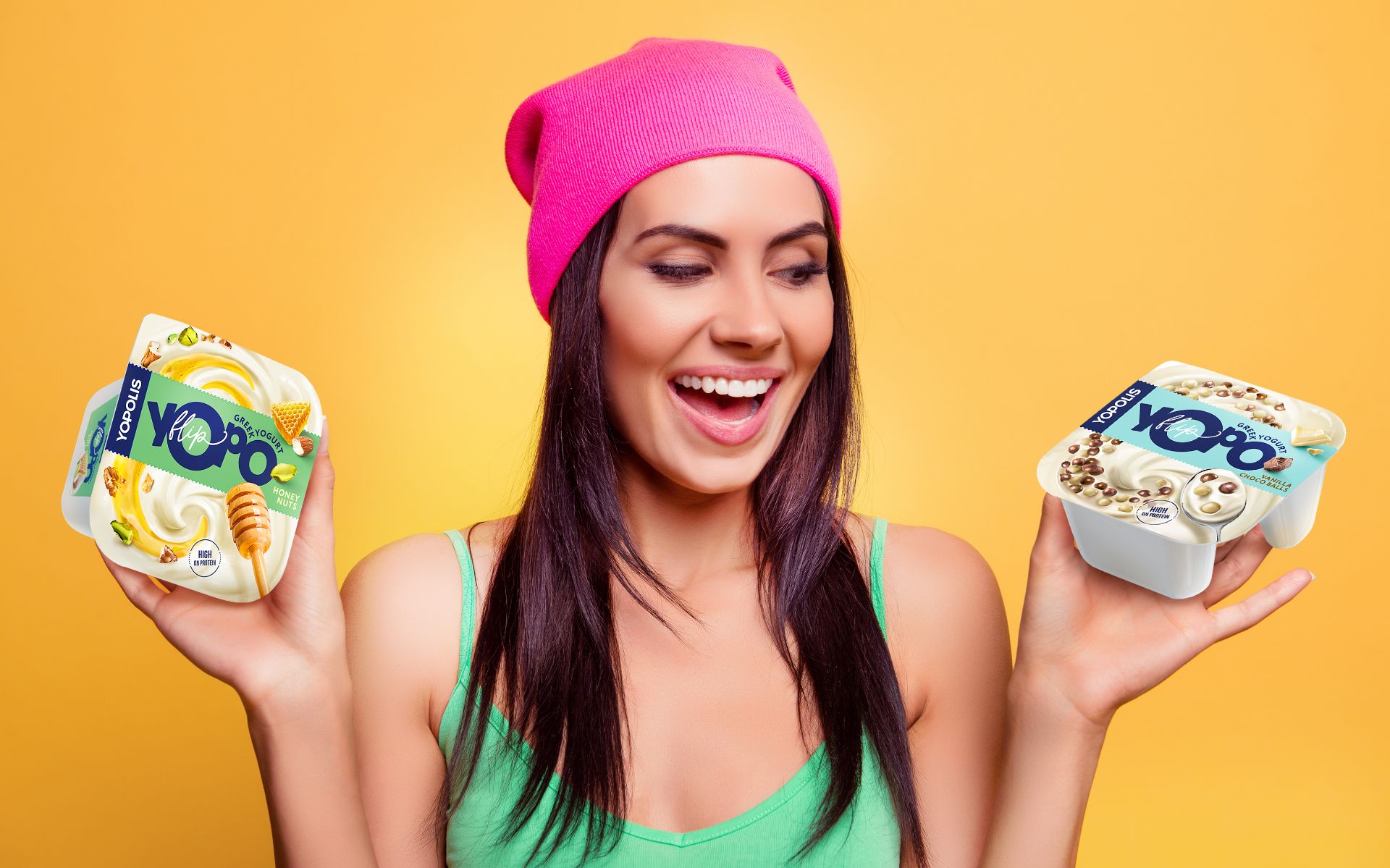 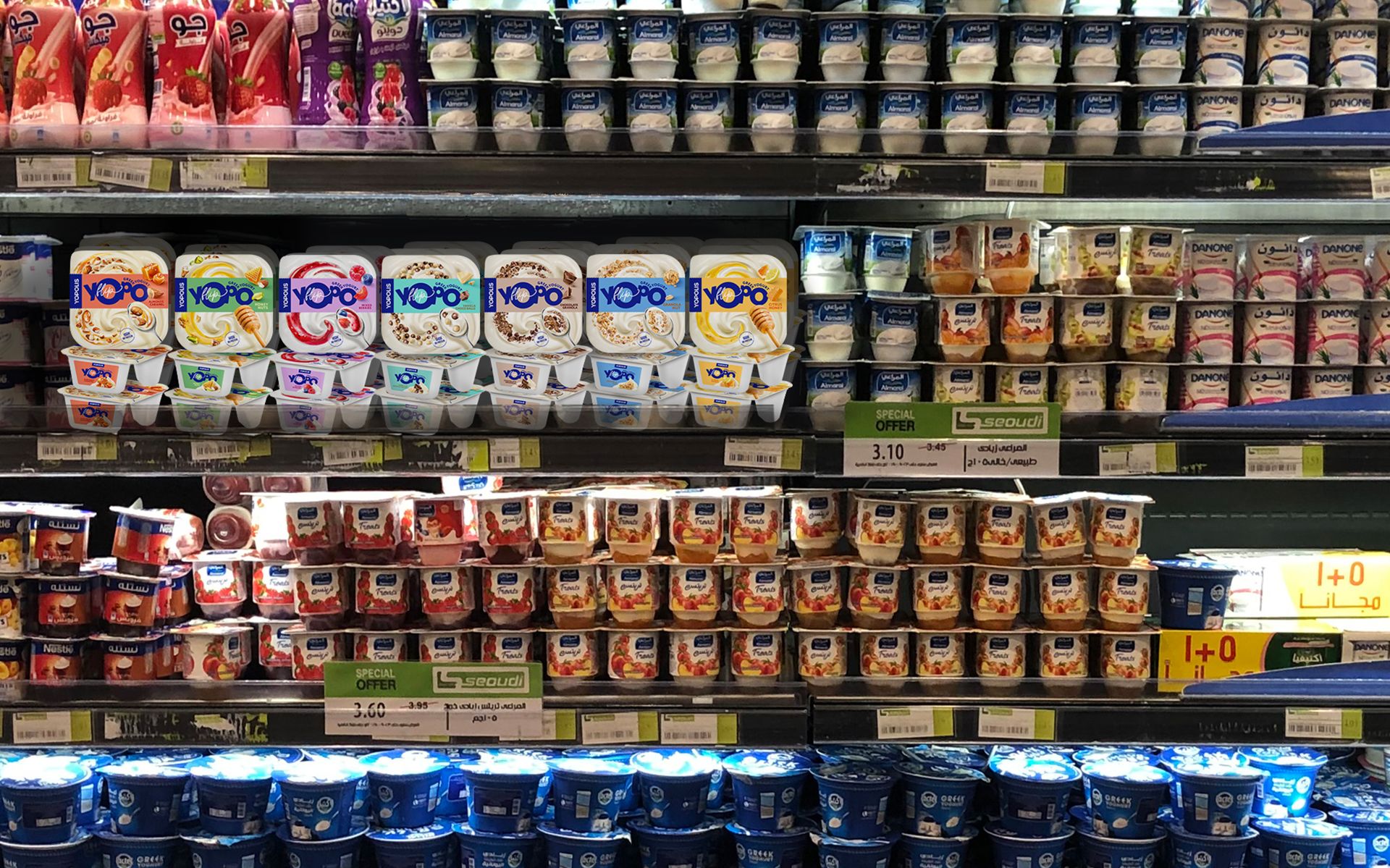